When we arrive we will have an orientation and everybody will be given a map of New York (Manhattan) with the most famous attractions. At 9:30 we will head to the Empire State of building.

Please note: We will go inside the Empire State Building. We will go through a security checking and while the tour lasts you are not allowed to import any food, bottles, perfumes etc. 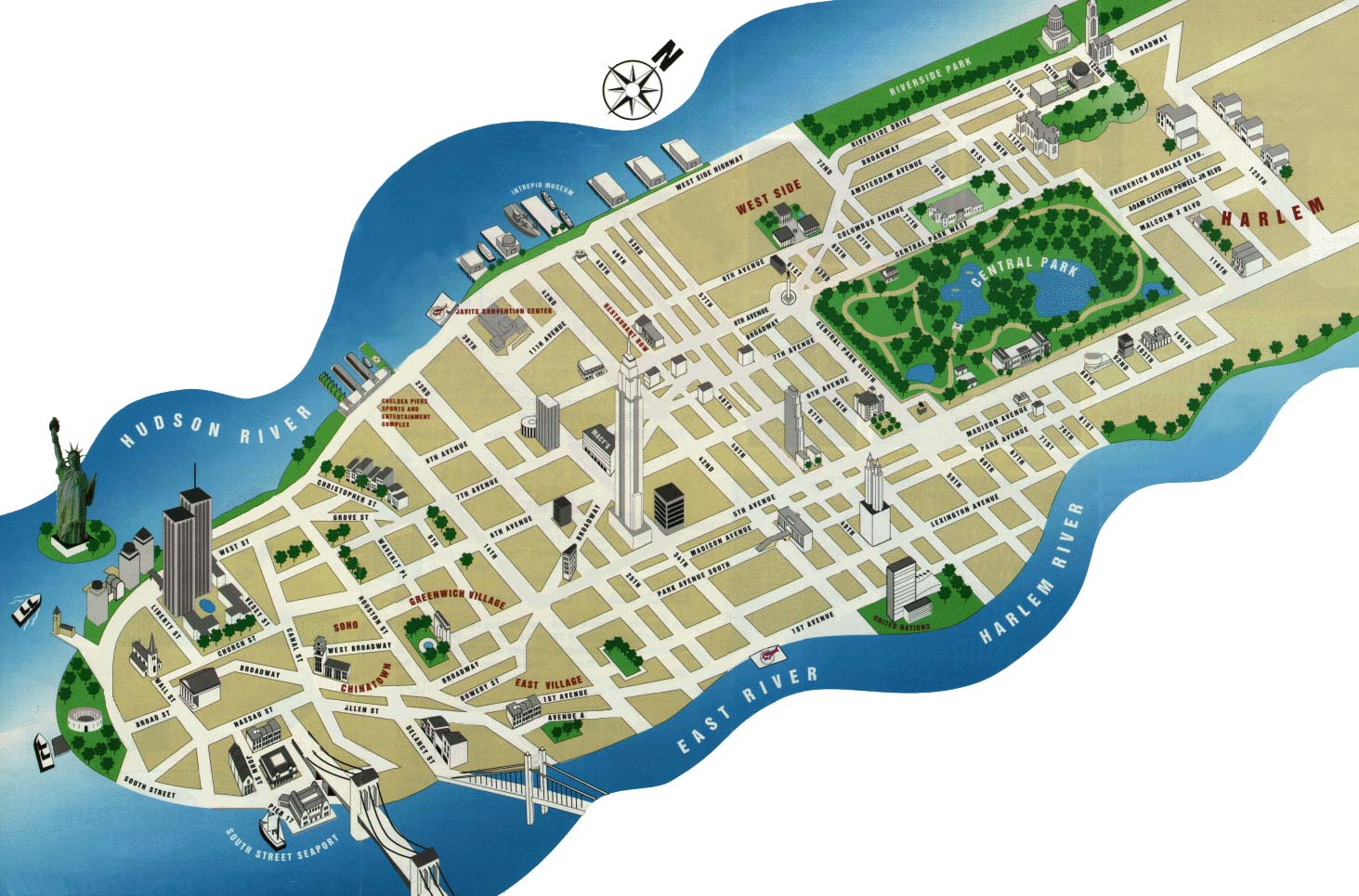 Manhattan is the most densely populated of the five boroughs of New York City. The borough is coterminous with New York County, an original county of the U.S. state of New York. The borough mostly consists of Manhattan Island, bounded by the East, Hudson and Harlem Rivers, but also includes several small adjacent islands and a small area on the mainland. Manhattan has been described as the economic and cultural center of the United States, but also suffers the country's most profound level of income inequality. It is home to the United Nations Headquarters. Wall Street in Lower Manhattan has been called the financial capital of the world, has an estimated GDP of over $1.2 trillion, and is home of both the New York Stock Exchange and NASDAQ. Manhattan's cost of living is the highest in the United States. Many multinational media conglomerates are based in the borough.

New York County is the most densely populated county in the United States, more dense than any individual American city. It is one of the most densely populated areas in the world, with a Census-estimated 2013 population of 1,626,159 living in a land area of 22.96 square miles (59.5 km2), or about 70,826 residents per square mile (27,346/km²). On business days, the influx of commuters increases that number to over 3.9 million, or around 170,000 people per square mile. It is also one of the wealthiest jurisdictions, being the sole U.S. county whose per capita income exceeded $100,000 in 2010. Manhattan is the third-largest of New York's five boroughs in population, after Brooklyn and Queens, and it is the smallest borough in land area.

Many districts and landmarks in Manhattan have become well known to New York City's approximately 50 million annual visitors. Times Square, iconified as "The Crossroads of the World" and "The Center of the Universe", is the brightly illuminated hub of the Broadway Theater District, one of the world's busiest pedestrian intersections, and a major center of the world's entertainment industry. The borough hosts many world-renowned bridges, skyscrapers, and parks. Manhattan's Chinatown incorporates the highest concentration of Chinese people in the Western Hemisphere. The Stonewall Inn in Greenwich Village served as the catalyst for the modern gay rights movement. Numerous colleges and universities are located in Manhattan, including Columbia University, New York University, The Cooper Union and Rockefeller University, which have been ranked among the top 50 in the world. The city of New York was founded at the southern tip of Manhattan, and the borough houses New York City Hall, the seat of city government and a National Historic Landmark that is listed on the National Register of Historic Places.